Since 2013, I’ve been lucky enough to be involved in the development of three heritage plaques to African American abolitionists.

In 2013, I was approached by the incredible and indefatigable Jak Beula, of Nubian Jak Heritage Plaques, to help with the erection of a plaque to Frederick Douglass in South Kensington, London. Jak had organised pretty much everything up to that point, but I designed and wrote a free e-book about Douglass’ time in the British Isles and spoke for five minutes on the day of the ceremony. Jak had organised workshops for local school children, who designed some amazing artwork which was then displayed after the ceremony.

The plaque’s address is 5 Whitehead’s Grove, London, SW3 3HA – about a 5-10 minute walk from South Kensington Tube Station, and on the site of abolitionist George Thompson’s house. 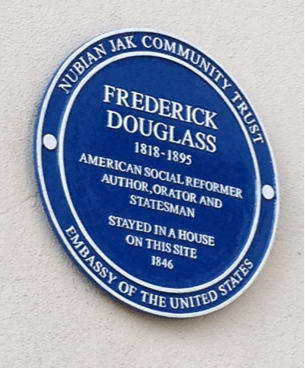 In 2019, I worked with Jak once again to erect a plaque to the inspirational Ida B. Wells. We had a few problems in the development of this project, particularly with funding and the University of Nottingham being incredibly slow to process payments, but also the essential question of where to put this plaque in the first place. Wells stayed with the Clayden family in Tavistock Square in London, but this location was rejected by the planning permission; I created a list of other possible places, which included where Wells stayed in Birmingham (66 Gough Road) and in Aberdeen. I was reluctant to use the address in Aberdeen, the site where Wells lived briefly with social reformer and author Isabelle Fyvie Mayo, who for a time, was instrumental in raising support for Wells’ mission but also used her white privilege to damage the success of her second visit to Britain in 1894.

We managed to have successful conversations with the address in Birmingham, and in February, we erected the plaque on the site of a community church, surrounded by local citizens and activists. One of Wells’ descendants Skyped in for the ceremony, school children from the institution next door performed poetry, music and displayed their artwork, and there were workshops and talks in the evening. It was a really incredible day, and I’m so lucky and grateful to be part of it. 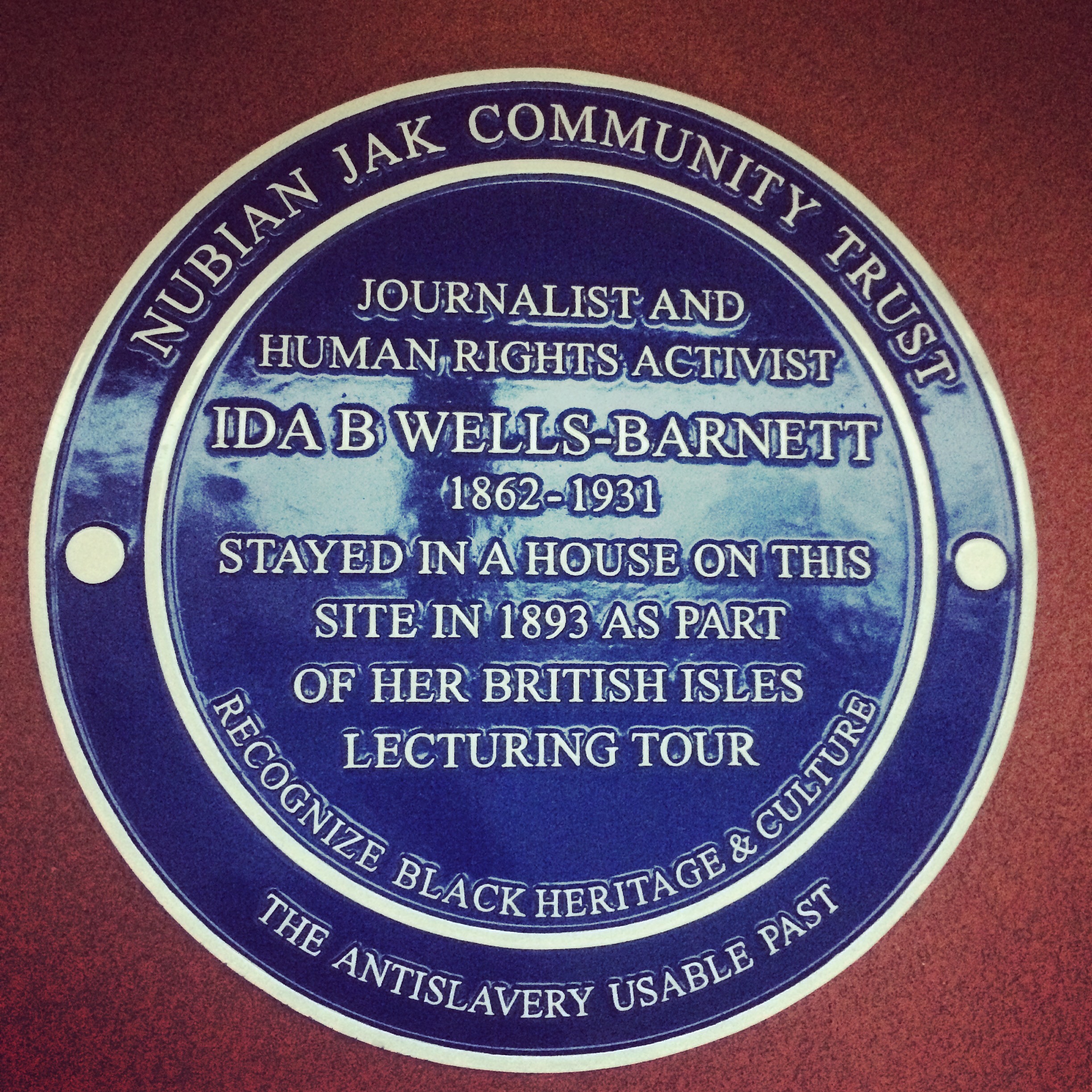 Over the last few years, English Heritage have issued a call to the public for more plaque nominations of people of colour. I nominated William and Ellen Craft, whose residence in Hammersmith, London still stands today. There is already a small plaque to them in the vicinity, but EH have managed to negotiate with the building’s owners to erect a plaque on the actual building itself. I’m still working on this at the moment, providing consultation along help from other historians in the field!