Ireland was Frederick Douglass’ first stop on his tour of Britain. He travelled from Liverpool and stayed with abolitionists across the country, visiting the major cities of Belfast, Dublin, and Limerick, as well as visiting the Giants Causeway in the north.

Douglass established links with the Hibernian Anti-Slavery Society, founded in 1837 by Richard Davis Webb and James Haughton. Like Garrison in America, they wanted slavery to be abolished immediately, as opposed to some British societies like the British and Foreign Anti-Slavery society, who favoured a gradual route to abolition.

On one occasion – to Douglass’ delight – he shared a speaking platform with Daniel O’Connell, the Irish ‘Liberator’ and supporter of Catholic rights in Parliament. O’Connell called Douglass the “black O’Connell”, firmly establishing an antislavery connection between the two men. O’Connell’s speeches were often found in The Liberator.

Upon the subject of slavery in general and American slavery in particular, Mr O’Connell grew warm and energetic…he said with an earnestness which I shall never forget ‘I have been assailed for attacking [slavery]. I am not ashamed of that attack…I am the foe of the tyrant…wherever slavery rears its head, I am the enemy of the system, or the institution, call it by what you will. I am the friend of liberty…my sympathy with distress is not confined within the narrow bounds of my own green island. 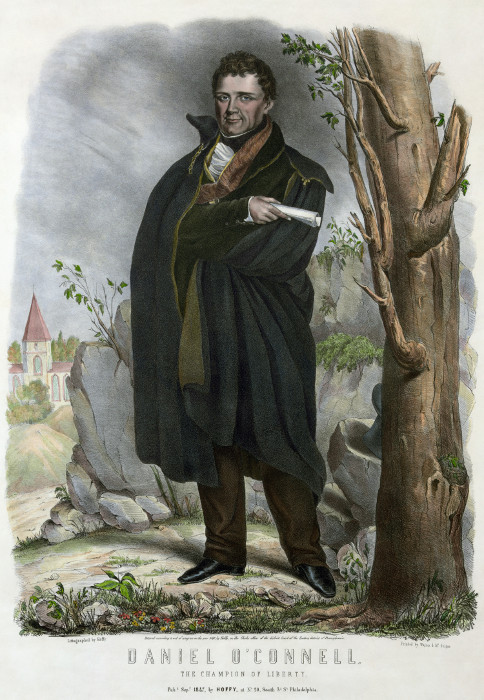 As a result of this popularity, hundreds came to hear Douglass speak, and he published a new version of his Narrative highlighting the strength of Irish support. Douglass found that, unlike parts of America, few areas were closed to him in Ireland – he dined with upper class gentlemen intrigued to hear his story, and travelled across the country without restriction. He even dined with the Lord Mayor of Dublin. The beauty of Ireland impressed Douglass, and he spoke frequently of the kindness he received from friends, but he also wrote of the horror he felt when he witnessed the dire poverty of the Irish people. [Sweeney, 2007), pp.7-28]

Some Irishmen, however, were not impressed with Douglass’ celebrity – on several occasions in Belfast, graffiti covered the advertisements of his speeches, demanding he be sent back to America. This was scarcely written about in Douglass’ writing, for he wanted to create a strong contrast to the United States. The United Kingdom was a land of freedom, the United States was not. [Sweeney, 2007), pp.33-37] 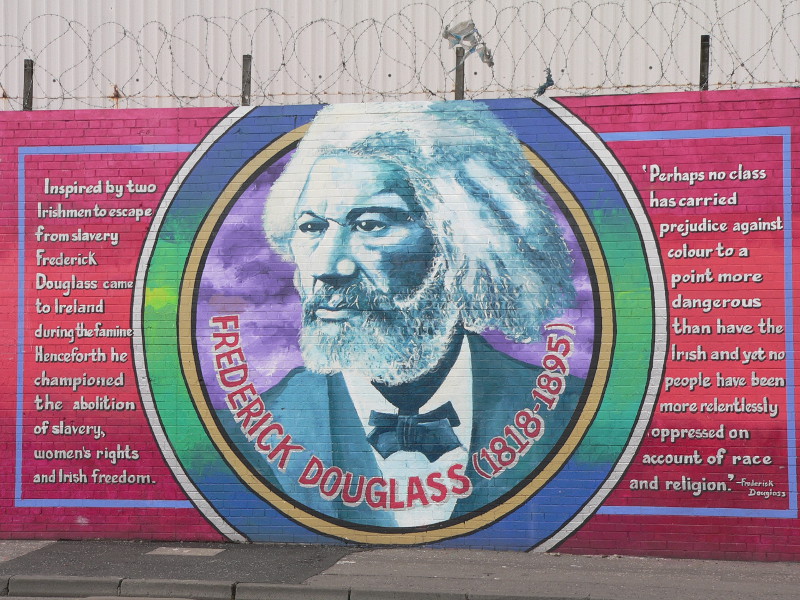