Frederick Douglass travelled to Britain at a time of great industrial change. Through his sojourn, we can look through a window into Victorian society, particularly through the subject of transportation. Douglass spoke in huge industrial towns and small fishing villages on the coast. He used every form of transport available – steamship, omnibus, carriage, and train.

Between 1820 and the 1850s, over six thousand miles of railway were built in the UK. The first railway is widely believed to be the 1825 Stockton & Darlington line, with the major line between Liverpool and Manchester following in 1830. Isambard Brunel helped construct long distance lines such as London to Bristol in 1838 leading to a “railway boom” that sparked hundreds of lines across the country.

The speed in which this railway boom was organised was unprecedented and transformed British society – journeys were faster, time was standardized, ship-building increased, trade made was made easier and quicker between towns and the countryside. For lecturers like Douglass, he could travel between cities and speak on the day of his arrival. And in cities like Newcastle, extra trains were organised for audiences to listen to Douglass’ speech and catch a later train home. This enormous advancement speaks to an early form of tourism, and how journeys became smaller and more efficient.

By 1845, nearly two and a half thousand miles of railway were constructed in Britain. Douglass and William Lloyd Garrison certainly took advantage of this boom, and we can see patterns emerging on Douglass’ locations map. When we consider the railway lines (for example, the line from Bristol to Taunton and Exeter) it is almost certain Douglass took this route by train. 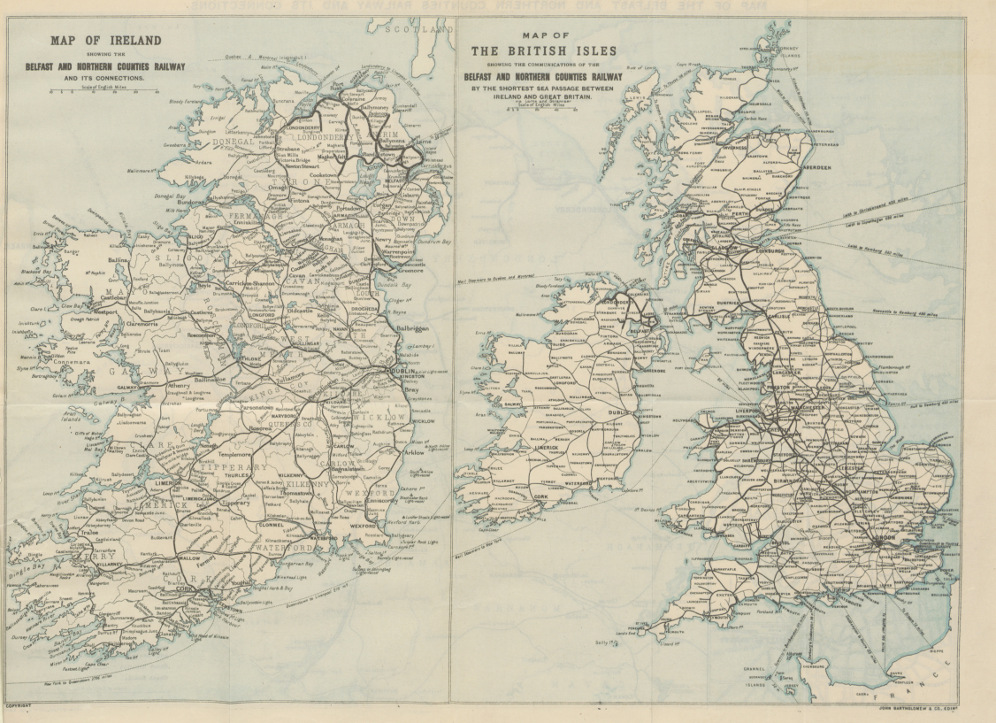